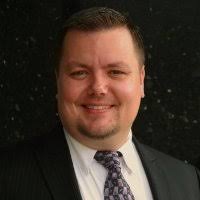 Born in Hudson, New York, Mr. Rajtar moved to Florida in 1995 to attend the University of Miami School of Law. He has been a resident of Broward County, Florida since 2001.

Mr. Rajtar joined Glazer & Associates, P.A. as the Administrative Attorney for the firm in 1998. He remained with the firm until 2005, practicing in the areas of association law, commercial litigation, real estate law, business law, construction law, landlord/tenant, collections and bankruptcy.

Michael enjoys his role in the legal community. As a member of the South Broward Bar Association since 2008, he served on the Social Committee from 2010 thru 2015, the Board of Directors from 2009 thru 2010, as Secretary from 2011 thru 2012, Treasurer for 2012 thru 2013, Vice President from 2013 thru 2014, and President from 2014 to 2015. He continues to serve on the Board and leads their social events, including The Installation Dinner featuring a member of the Florida Supreme Court annually, their Holiday Party, as well as Meatballs and Martinis.

Mr. Rajtar is a very active member of the Broward County Bar Association where he has served on numerous committees, including Bench and Bar, Professionalism, Publicity and Social Committees. He was installed onto the BCBA Board of Directors in 2015 and served two terms until 2019. He was elected as the Secretary of the Board in 2020 and is currently holding the position of Treasurer. He continues his involvement on the Bench and Bar Committee and Professionalism Committee. He was also a participant in the Broward County Bar Association Community Outreach Program in 2011 and the recipient of the BCBA President’s Award in 2012. In addition, he currently runs the BCBA Bowling League that is now in its twelfth year.

In 2018 Michael became further involved in the non-profit organizations of Coast to Coast Legal Aid of South Florida and Legal Aid Service of Broward County after he spent many years taking on pro bono cases, volunteering for the Advice & Counsel Hotline, and becoming a loyal attendee at many of their fundraising events. He completed his three year term in 2020 as the Chairperson of  both organizations’ Board of Directors.

As a founding member of the Florida Lawyers Network, he was the Inaugural President of the Fort Lauderdale Chapter from 2012 through 2018. He also served on the Executive Committee from 2010 thru 2011 and continues to be heavily involved with the organization as it has grown to over twelve Chapters throughout South Florida.